We'll send you a link to reset your password

Madurai is an important city of Tamil Nadu situated on the bank of the river Vaigai. This ancient city is considered to be the cultural capital of Tamil Nadu. Apart from the historical glory, this city is renowned for being an important educational, commercial, and industrial hub of Tamil Nadu. Here we have mentioned some of the famous places in the city which one should not miss. You can just take a cab service in Madurai to visit the places. SRT Cabs provide online taxi booking and affordable car rental in Madurai.

Tourist Attractions of the City :

Meenakshi Temple, also referred to as Meenakshi Amman or Minakshi-Sundareshwara Temple, is a historic Hindu temple located on the southern bank of the vaigai river in the temple city of Madurai. It is dedicated to Meenakshi, a form of Parvathi, and her consort Sundareswar, a form of Shiva. The temple is at the center of the ancient temple city of Madurai mentioned in the Tamil Sangam Literature, with the goddess temple mentioned in 6th century. The temple in the present form was re-constructed by the Pandyas of Madurai. The temple has a 1000 pillar hall, 14 towers with remarkable art, architecture and painting. Thirugnanasambandar the Hindu Saint has mentioned the temple in his songs which go back to the early 7th century. Atleast 15,000 visitors visit this temples regularly which include both Indians and Foreigners.

Thiruparankundram Murugan temple is one of the pilgrimage places in the southern India. The temple is an excellent master piece of art and is devoted to mother earth for the benedicts it has bequeathed on the holy earth. The region has a hilly terrain and is also known as southern Himalayas of India. It is a divine and blissful destination where the sun and moon can be seen together at several instances of the day. It is looked upon as a holy place for marriages and most of the marriages in the suburbs take place in this temple itself. The marriage of Lord Subramanya was celebrated in this temple and since then several people have been bound in the marital bonds in front of the god in this temple.

Dedicated to Lord Vishnu, the Koodal Azhagar Temple, located in the centre of Madurai city of Tamil Nadu is a unique and famous temple of historical significance constructed in the Dravidian style of architecture and supposedly built by the Pandyas. Koodal is another name for the city of Madurai. This temple is one of the 108 Divyadesams and lies on the 65th spot. This ancient temple is situated near the famous Meenakshi Amman Temple.

Thirumalai Nayak Mahal is located at a distance of 2 km from Meenakshi Amman Temple. The palace is a testament to the Indian art and architecture. There are 248 pillars in the palace, each 58 feet tall and 5 feet in diameter. The paintings in the palace reflect the art of painting prevailed in the 16th century. Only a part of the largest palace is allowed for site seeing. In this palace of rectangular shape, audio-visuals are shown in the evenings. The Mahal is open to general public between 9 am to 1 pm and between 2 pm to 5 pm. Sound and light show: English at 6.45 pm, Tamil will be played at 8.15 pm.

Constructed in the honor of Lord Vigneshwara, this divine temple is situated about 5 km from the meenakshi temple. It has a huge tank in the compound of the temple and holds the record of being the biggest tank in the region of Tamil Nadu. The tank is filled with water all year long. Legends say that the idol of the temple too was obtained from the bottom of the tank, while it was dug in the olden times. So the tank gained its popularity since then and the temple too was constructed in its memory. Several different kinds of festivals are celebrated in the temple and all rituals are done with great pomp and pleasure and the people have a wonderful time while they are in the temple.

The Gandhi Memorial Museum serves as a remembrance and tribute to the efforts of our very own father of the nation, Mahatma Gandhi. Special collections include historic stamps of British ruled India and letters written to and by Mahatma Gandhi. The letters sent to the poet, activist Subramania Bharati and infamous dictator Adolf Hitler are kept here! A wonderfully assorted selection of books is stacked in the library here and give us a glimpse of the days gone by. The most interesting part of the museum is the sections containing 124 rare photographs of Gandhiji's personal life. It has photographs depicting various stages from his childhood days until being taken to the crematorium. A bloodstained cloth used by him on the day of his assassination is also kept at this museum. The museum is also home to around 100 relics and replicas of artefacts about Gandhiji.

Alagar Koil is an exquisite temple situated in the north east of Madurai. The temple is the rest place of Lord Vishnu and is the sacred place for several followers of Lord Vishnu in the region. It is situated in the Alagar hills and is also known as Azhagarkovil. The statue of the lord is made entirely of stone and is a splendid masterpiece created from kallalgar. A variety of statues in different postures of the Lord are all kept in the temple under the same roof and is the best form of distinct temples in southern India. The people of the region consider Lord Vishnu to be an extremely knowledgable, humble yet powerful king and the ruler of the earth. The devotees offer holy prayers from the bottom of their hearts. The temple has spectacular halls and other facilities to perform different rituals with sacred mantras in the holy environ. 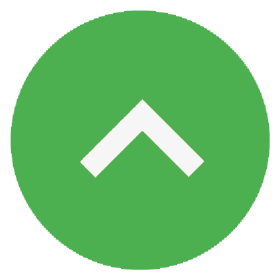